Hybrid clubs are a fairly new thing and not a whole lot of people are actually using them. Is that a mistake? In this post, I’m going to be reviewing the Taylormade M1 hybrid and sharing my honest thoughts after testing out the club.

Long story short, these clubs weren’t the best fit for me (seeing as how I’m a mid handicap) and I did prefer the M2. The M1 clubs were designed for low handicap players and the M2 series was for mid to high handicaps. I’m not saying they’re bad clubs because they’re not. It just depends on your own personal game. If you’re a low handicap with a faster swing speed, these clubs could be perfect for you. If you’re like me (mid to high) you’d probably benefit more from the M2.

Overall, I do think these are great clubs, but only for a certain golfer. If that’s all the info you needed then great. But if you want a more in-depth review, be sure to watch the video or check out the article below.

The first thing I really noticed with this hybrid was the small head. Most hybrids (and the one I was used to) were noticeably bigger and felt more like a smaller fairway wood. The M1 felt more like hitting a long iron, and that wasn’t the best thing for me seeing as how I try to avoid my 3/4 iron as much as possible.

This club was clearly made for a low handicap player who can hit their long irons but need something that’s a bit more versatile. If that’s you, this could be the perfect option. For me, I hit my fairway wood a lot better than my long irons and that’s why I preferred the M2 (it’s more like a smaller wood).

The M1 has 2 movable weights on it instead of the slider so you can adjust it to a fade or neutral setting (there’s no draw setting). Most mid to high handicaps shouldn’t even worry about this, but some better golfers like customizing their clubs as much as possible.

Overall, I knew this club probably wouldn’t be the best for me, but I wanted to test it out anyway. That being said, let’s talk about how it performed…

After testing out these clubs, I actually didn’t have anything bad to say about them. I could hit them pretty well, and the only reason I liked the M2 more is that they performed even better.

Since the M1 was a bit smaller, it had a smaller sweet spot and was a bit harder to hit. They also had less forgiveness so you pretty much had to hit them perfect to get the distance.

I was pretty happy with how I was hitting them, but I could definitely notice when I didn’t hit them pure. My swing speed is a bit slower so I did notice more forgiveness and distance with the M2 hybrid.

Overall, the performance was better than I thought and if you’re a lower handicap who can hit your long irons well and you have a faster swing speed, I think this club would be great for you.

We pretty much already answered this question, but these clubs were designed for low handicap golfers with higher swing speeds. They’re more like your long irons and will give you more workability with the ball.

If you’re a mid to high handicap with a slower swing speed (like myself), you’d benefit more from the M2.

Even though this wasn’t the best option for me, I think it would be a great fit for a specific golfer. Someone who likes hitting their long irons, but want a club that’s a bit more versatile for certain situations.

If that’s you, then I would recommend this hybrid. If not, go with the M2 (or a different club altogether).

Hope you enjoyed. Let me know if you have any questions! 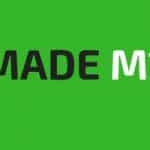 Just an average golfer trying to take my game to the next level. Was shooting around 100 not that long ago but have been able to break 90 consistently. Best round to date was 12 over. Best 9 holes were 4 over.

You walk up to your ball, take out your 8 iron, and hit the ball 20 yards short of making it over the drink. I'm sure you know the feeling, but guess what, having a GPS to give you the yardage can...

Continue Reading
link to Toe Hang Putters: We Reveal Our 3 Favorites Of 2021

If you're someone who opens and closes the putter face during your swing, you'll probably want to use a toe balanced putter. There are a bunch of good options out there but this post will cover our...