One of the easiest ways I’ve been able to improve my game is by knowing the exact distance to the target using a rangefinder. In this post, I’m going to be reviewing the TecTecTec VPRO500 golf distance finder and sharing my honest thoughts after testing out this device.

Long story short, the VPRO500 is one of the most popular rangefinders out there, it’s small and compact, and it’s pretty cheap compared to some other options out there. I’ll definitely admit, it’s not the best model on the market but it can’t really be beaten in terms of price. I found it accurate enough, it was easy to use, and it comes with a great warranty. Yeah, there are more expensive options that do a lot more, but in terms of finding the distance to a target, it does the job.

If that’s enough info for you then great. But if you want a more detailed review, be sure to watch the video or read the blog post below for the full info!

When I was in the market for a new rangefinder or GPS I tested a bunch of different options. Some were a lot better than others. The reason I wanted to try the VPRO was that it seemed to be one of the most popular models and the price was reasonable.

It had an all-black body which was good lookin’ and it was nice and compact. It was supposed to read targets up to 540 yards and be accurate to +/- 1 meter (I’ll get to this in a sec)…

I found it super easy to use, and the display screen was perfectly fine for me. The one thing I noticed was that you really needed a steady hand to lock in on things far away, but other than that, there wasn’t anything negative at first look.

It came with a carrying bag which was awesome (a lot don’t so it was nice to see that). Don’t know about you, but I tend to throw my gear around a bit, so having a bag would definitely help keep it in one piece.

Overall, first impressions were good, but what about performance…

Before I tested mine out I looked around for some reviews and found some people having trouble with theirs and other people loved theirs. Mixed feelings, so I was curious…

My guess was the people who had troubles probably had shakey hands or were one of those people who’re terrible with gadgets. There are always 2 sides to every story, but what did I think of it?

I actually didn’t have any problems with mine. I found it to be just as accurate as any other laser rangefinder (within 1 meter) so that was a big plus.

It was easy to use and the display was easy to read. You can switch between meters and yards (which a lot of people were curious about) and the only thing I noticed was that you needed pretty steady hands for faraway targets.

Another thing I heard about it was it tends to fog up sometimes. I didn’t have this problem, so I’m sure as long as you take care of the thing it’ll last.

Who’s This Rangefinder Best For?

I think this is a great option for anyone who’s tighter on a budget and doesn’t want to break the bank with the super expensive rangefinders. Does it do all the same things? Pretty much. I mean, it doesn’t have the slope or anything like that, but it does the main job of a rangefinder.

If you want something with more bells and whistles, you golf a lot, and you have the money to spend, go with a more techy model such as the Nikon Coolshot 80. Simple as that.

Overall, I was pretty impressed with the VPRO500. It was reasonably priced and it did everything you’d want a distance finder to do. Sure, there are higher quality models out there, but they’re going to hurt the wallet.

It was accurate enough for me, was simple to use, and yeah that’s about it… 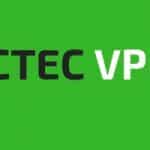