Having some sort of rangefinder on the course is something that can really make a difference for your scores. Being able to dial in your distances is key and in this post, I’m going to be reviewing the Skycaddie Touch GPS and talking about whether or not it’s worth getting.

Is the Skycaddie Touch golf GPS worth picking up? Long story short, I’ve tested a good number of rangefinders and GPS units and I’ll definitely say there are better options out there than the Skycaddie Touch. It’s a bit of an older model and you might have trouble finding one anyway. It wasn’t the worst GPS unit I’ve used but the quality was a bit lacking and the software was a little glitchy.

I’m not saying it’s not worth picking up, but there were other models I liked a lot more. It still might be a good option for you, so make sure you watch the video below or read the full blog post because I go more in-depth into the review.

What Does A GPS Unit Do?

Pretty much, a GPS device will give you distances to different hazards on the course, how far away the green is, and some even keep track of your scores and fairways/greens hit in regulation. Some have more advanced features than others and they all give you 90% of what you need on the course.

They’re pretty damn cool, but not all are created the same.

I wouldn’t say that a GPS or laser rangefinder is a must-have in your bag but I do think it’ll really help you out and I couldn’t imagine playing without mine. I’d always struggle with my distance, and it really killed my game.

I’d hit great shots but I always seemed to end up short of the green or crush it past it. Getting something to show me the exact distance has been a huge help for my game. Some GPS units are going to be more accurate than others and that’s why it’s important to pick the right one. That being said, let’s jump into the review for the Touch.

Like I was saying before, I’ve tested out a bunch of different rangefinders and GPS units. Some were a lot better than others. Some were not very user-friendly and others just plain didn’t give the right distances. Most of them were always within 5-10 yards of the course markers (some were closer) but some of them glitched often.

The Skycaddie Touch ended up somewhere in the middle of our list.

Some devices were a lot worse but there were some that were clearly better. I’m not saying it’s not worth picking up because it did do its job, but there were a few key things I didn’t like about it. The one major thing was that you have to pay an annual fee to use the thing (around 50 bucks).

The next thing was the battery life. It got me through 1.5 rounds of golf (which is decent) but there are other units on the market that last longer. At least it lasted a full round no problem, it’s just something that can be improved.

The last thing was the screen resolution. Again, it’s not too bad but there are better ones on the market. It’s an older GPS so I can’t knock it too much, but it’s something to know beforehand. It also feels a little cheap when you hold it. It didn’t break or anything like that but it’s not something I’d want to drop.

As for things I did like about it, it worked perfectly fine in terms of accuracy (which is the main reason you’d have a device like this) for not only greens but also different hazards on the course. It was also pretty handy being able to keep score on it.

The user-friendly portion wasn’t a deal-breaker or anything. Just like any technology you’re used to, it’ll take some time getting used to and this was exactly the same. The first few times took some getting used to but after that, it wasn’t too bad at all (when it worked properly).

The battery life being not the greatest kind of sucks, but it’ll definitely last more than 1 round so all you’d have to do is charge it every time and you’ll be good to go. It’s a bit of an inconvenience but it was better than some that I’ve tried. 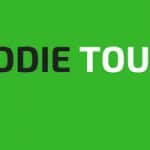 See The Price On Amazon