Can a putter really make a difference when it comes to improving your game? In this post, I’m going to be reviewing the Odyssey O Works putter and letting you know how it performed for me and if it’s worth picking up.

Long story short, I really liked this putter and the first thing I noticed was the ball definitely moved a lot smoother and straighter along the green. I’ve tested quite a few putters over the past month and a lot were either way too hard or way too soft at impact (which didn’t help at all). The next thing I liked was the alignment aid on the putter and I really noticed my putts were more consistent. Out of all the putters I’ve tested, this one is near the top of my list.

If that’s enough for you then great. But if you want a more detailed review of the Odyssey, be sure to watch the video or check out the article below.

The first thing that caught my eye was the face of the putter. It was designed to flex more at impact which was supposed to give more topspin and reduce jumping. This was a big problem with a lot of putters I’ve tested. They seemed too hard at impact and the ball would end up jumping and veering off the line.

Not only that, but it also didn’t feel too soft like some other putters. It wasn’t so hard that the ball ended up jumping, and it wasn’t too soft to take away any of the feel.

The one I got came with nice SuperStroke grips (not sure if they all do) which were pretty awesome. I really like the bigger grips on my putter and those combined with this putter were a pretty lethal combo.

The final thing I liked about this putter is the aligned aid it came with. Some of the putters out there were pretty hard to align properly and it made putting even harder than it already was. I liked the 2-ball model and the alignment it came with was perfect for me.

With my old putter, the problem I had was the ball always seemed to jump while it was rolling and it always took my ball off the line. So, it was important for me to find something that helped with this and the O-Works was definitely that.

I’m not exactly sure the reason behind it, but hey, I’ll take it all day long.

Just by having the ball roll smoother and straighter, that alone was able to help my game. Most mid to high handicap players have their game destroyed on the green, so it was nice to see something that helped.

I guess there’s not really anything else you’d want your putter to do, and that’s why I’d give this one a thumbs up.

Who’s It Best For/Not For?

I think this putter would benefit pretty much any golfer out there. It really helped me (a mid handicap) and it’s used by professional players as well. That being said, there’s no reason it couldn’t help you.

I guess the only thing would be the price. If you’re tight on a budget this probably wouldn’t be the best choice seeing as how it’s on the higher end. If you’re fine paying up, I’d definitely consider it.

Overall, this putter is near the top of my list and I’d recommend it to anyone who’s willing to pay up for a high-quality putter. It’s not cheap so make sure you’ll actually be playing a lot to make it worthwhile.

For me, the performance was great and by adding the bigger SuperStroke grips, I felt a lot more confident and my putting has definitely improved since which was awesome. 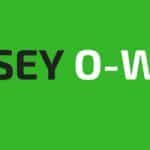